A Guide for Intimate Partners of Sexual Assault Survivors

Trigger Warning for discussion of sexual assault (not explicit). 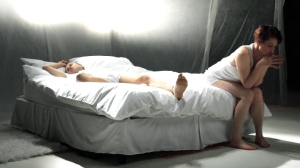 Let’s be real. Sexual assault is pervasive. It happens often. And it happens to people we care about, whether we know about it or not.

Grappling with that fact can be outrageous enough, but here’s the real clincher: Given the horrifying realities of sexual assault, if you happen to be a sexually active individual (or if you plan to ever be one), there’s a high probability that you will have sex with a survivor at one point or another. (And that probability gets even higher if you identify as queer and/or male.)

So what can you do with that acknowledgment? You might be thinking: it’s in the past, it doesn’t have anything to do with me, so there’s nothing I can do about it. Nope! False. You certainly can’t change the fact that it happened. But there is, on the contrary, so much you can do about it.

As their intimate partner, you are in a unique position to help them beyond simply being a good friend. The level on which you interact with them is the same level on which they were violated. What you say and do on this level can make a huge difference, and that’s a responsibility that you can either accept or respectfully decline. But I know from speaking with others on this subject that most of people’s reluctance to act on this responsibility comes from their being at a loss for what to do.

This is why I’ve compiled a list of tips for you that I hope will prove to be useful. If you strive to be a supportive intimate partner to a survivor of sexual assault, I would advise you to:

That’s a start, at least. If you’re a survivor yourself, or if you’ve been an intimate partner of a sexual assault survivor, please leave any additional insight you undoubtedly have in the comments below!

Go forth and be careful with one another. ❤